The “Jin” counter provides an optimal English translation services of our self-learning on the web for this quality “King Tai Chi” at personal pace and needs to non-Chinese readers and tries to invite guests from around the world in this revolutionary history of tai chi Fa Jin development. Other English support can be found in our web sites:

There are two ways and one Prime lesson to do the open learning from the web.

This is the Traditional Sequence method using the kingtaichi.org material as our school textbook. One can go through the details uploaded, including videos, learning cases documents etc, on the seventeen pages, then emulate in sequence the action videos posted in King Tai Chi Plaza, Practice Square, Paradigm Corner, Woodmen Lane Quest, Jin Stage and King the Mountain pages one by one, and referring to the bio- physics principle on Book Shells from time to time. Whenever encounter problem, can look for help from the Forum, if still no idea where to start, can enroll in eight week on-the-web course for each level. Level examination is available during Member Day although it is not compulsory; to verify the quality of self-learning. It is expecting to reach grand master level in three years time.

The other way to do the open learning is through a well known effective method called Emulate-Worked Example. Student can start to select worked examples items from either Book Shell A and T, then video the actions on their own, extracting the difference in between, analyzing the aspects causing the gap, including: mass, velocity, direction and the joint structures, follow up to understand the principle behind that create the difference in fa jin interest and health issues by looking around theory backup from items on Book Shells B, C and J.

Both the Traditional Sequence method and the Emulate-Worked Example method are interesting once the human Gyroscope is being installed during the Prime King Session. It is called the “Prime” because the physical structure could regulate the movement of jin inside the body and foresee the jin application to other sports in a healthy way. The “Prime” can be purchased from Book Shell or via on-the-web learning or one-to-one personally by booking with Master Pang, hkwilliampang@gmail.com ,with a standard pricing. The single one hour lesson is very effective in improving personal power potential, relieving joint pain and improving health issues right on the spot. Very positive results and comments keep coming ever since year 2014 employed in theme Workshops.

The book Shell items will be available in April.

Crack it open the “Fa Jin” mystery by modern Physics 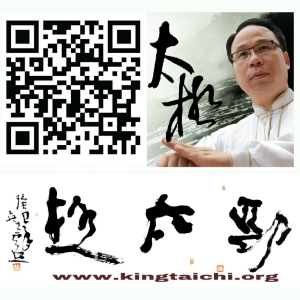 Master William HK Pang(BSc, Cert Ed, BBA, MEd), a retired science teacher practicing Zhao Bao Tai Chi for the past 30 years. He does all the works in Tai Chi relating to the basic unit of power, “Jin”. With his unique combination of experience, he established the “Zhao Bao Tai Chi Fa Jin Research Centre”, then wrote the book “Zhao Bao Tai Chi Fist Unveiling the Secret of Fa Jin”(by Cosmos Books, 2012 Chinese Ed. only), in which he unveils the physical process of “Xi sink to Dan Ten”(the origin of health and strength in Tai Chi exercise) as a gravitational phenomenon. In “Tai Chi Fa Jin Mechanics—Zhao Bao style”(in Chinese「太極拳勁之剖析(趙堡架)」, by Cosmos Books, 2015 Chinese Ed. only), he consolidates the once mysterious power, Fa Jin, by the Law of Momentum, thereby leading people to the top of mountain, seeing the wonderful sea of fa jin kung fu. He then repeated, in the DVD attached, ten world class Grand Masters’ performance with Centre’s members, proofing the same underlying “jin” principal applies to all stunning performance, be it ancient or modern.

Thereafter, Master Pang composes the “Jin Tai Chi 12 Moves” and uses it specifically for teaching Fa Jin real kung fu based on law of Physics. At the same time, he introduces this self learning Application, with the same name as the book “Tai Chi Fa Jin Mechanics—Zhao Bao style”「太極拳勁之剖析(趙堡架)」, so that the public can now do their Fa Jin study at their own pace and time, selecting the individual module from the ten levels of the “Jin Tai Chi 12 Moves”, together can enjoy the benefits of healthy, mental pressure relaxing, Fa Jin for self defense, protecting the knee and back, exploring the way to generate the power through their own body, challenging own potential in full. With the backup of modern Physics, it is likely to be an ever increasing martial art exercise welcoming by the world.

It is hope that anyone who enjoys the benefits could join us as a member and pass this information to friends and relatives, to afford the continuous development of this Application, to dig deep into the Jin of tai chi, and promoting the core skills of Jin to other world sports. And one day, sooner or later, this Jin kernel in sport can help people from all walks of life due to its innate scientific breakthrough. And in the Tai Chi modernization history, will engrave thou’ names.

The “Jin” in tai chi exercise, in modern term, is the enormous impacting force produced by an internally moving body weight; it is the basic power for all sports in its single unit form, including tai chi, martial arts and all kinds of Olympic sports. The Jin, the basic unit of power, can be shot and amplified by internally constructed human gyroscope. “Fa” means production process of the power that runs the gyroscopic engine which the Jin fired out like an arrow.

Zhao Bao style is an ancient type of tai chi which is named after its place of origin, not according to the surname as in other styles commonly known. There are complete and consecutive records over ten generations of grand masters with different surnames inside Zhao Bao. There were branches from Zhao Bao after individual privatization to their respective surnames style in several incidents ever since the earliest development in tai chi history. It is over 30 years ago that the eleven generation Grand Master Ji migrated to Hong Kong, that our Centre chancellor Master Pang came across her church tai chi class and thereby captured by her astonishing skills in Fa Jin.

The “Zhao Bao Tai Chi Fa Jin Research Centre”(the Centre) is receiving an increasing attention from English speaking areas overseas about the mysterious “Jin” power in projecting people far away since the launching of the website www.gospeltaichi.org almost ten years ago. People started visiting while the Centre is still a volunteer leisure group in Hong Kong. Another commonly used name of the Centre is “Jin Tai Chi” (in Chinese勁太極), obviously it is due to the fruitful research of “Jin” that help visualize the whole process of generating and releasing the tremendous power by spinning of body weight.

The Centre’s members are highly experience in martial arts and respective sports, not limiting to tai chi of different styles. They search Master Pang’s contact from the official website, copies of Youtubes and publications. More importantly, they always bring along other masters’ performance from Youtubes to seek for breakthrough, in other words, a polite challenge before they join in the Centre. All jump to a higher level of skills after Master Pang’s generous explanation in a short while. Master Pang may not know all the things but he encourages open discussion among members, and is usually able to analyze the other grand masters performance within a short period of time if it were not immediately. His analytical tool is still based on the Science of Jin, a single power that relating to the weight, the distance moved and the direction of projection, via the Law of Momentum express by the human gyroscope.

The Centre wishes to invite all tai chi lovers, to enjoy the opportunity of this healthy, mentally relaxing and interesting sport that works according to the modern Physics of momentum in Fa Jin power, through this Application.

The functioning parts of this Application and web site are bilingual in design which you will find interesting things around these areas. Activities and training are awaiting for you both as our member or from the public. 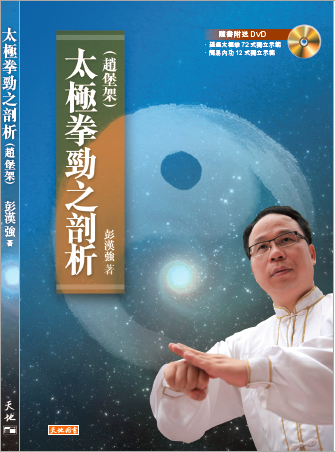